Trooper's sword for the Cuirassier of the Napoléon Grande Armée - Model An XI- May 1810.

An emblematic sword of the Napoleonic period, for the tall and fierce cuirassier of the Napoléon Grande Armée.

The cuirassiers could turn a battle with their sheer weight and brute force. They looked dangerous everytime they ventured forward and the generals never employed them frivolously...

... Cuirassiers did wear a helmet made of steel with brass comb and  a black horse mane (for trumpeters red or white mane), plus a cuirass with front and back plates made of steel.

Our sword bas been built up by Nicolas Boutet...the famous First Empire Arquebusier and dates from May 1810.

This sword got a second life after Waterloo...since various regimental marks can be found on the hilt...

...also the leather grip has been replaced circa 1816... with 15 spirals...according to military fashion of the time !

Double fullered blade, dated May 1810 along the  flat back, regulation brass hilt with four branches...stamped with various numbers along the knuckle-guard, wire bound leather grip (repalced circa 1815/1816 the original grip did have 11 spirals), in in its steel scabbard 1816 pattern.

The hilt is a mixture of arco (mixing copper, coal and zinc) and bronze.

This is the late pattern of the Napoleon's cuirassier sword, AN XI (1802-1803), the previous model called, the AN IX, had a steel scabbard... not thick and strong enough and the blade was flat and too heavy!

Most spear pointed AN XI were not in 1816, they were modified by the regiments that used them before that date....such as British modified their 1796 Pattern heavy cavalry sabres to spear points prior to Waterloo in response to the superiority of the thrust...of the AN XI ...as evidenced by the relics of year XI swords found on the battlefields of Waterloo with spear point!

Also a few AN XI spear point swords can be found in museums around Waterloo...coming directly from the battlefield. 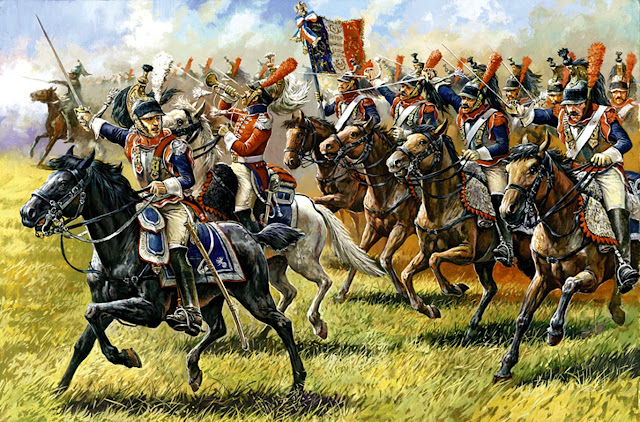 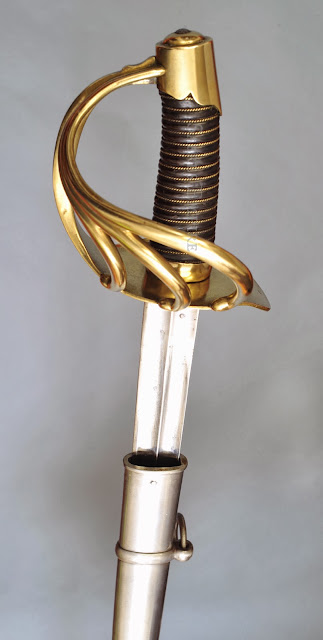 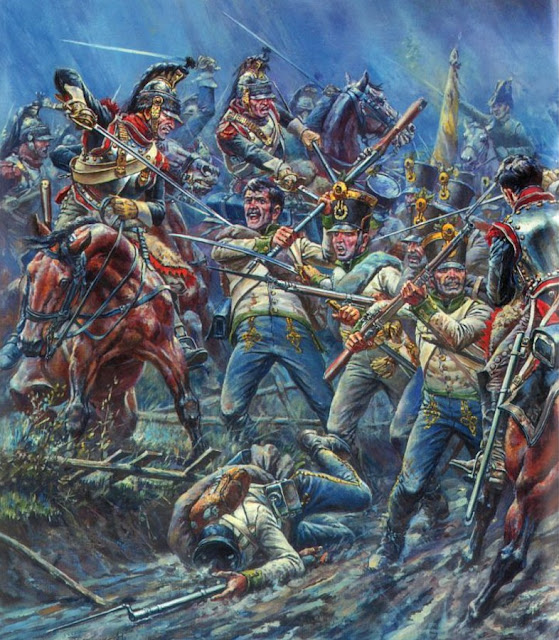 -a fragile metal scabbard, which when deformed by a hoof of a horse or any other event, trapped the blade!

The Minister of War Berthier met the Artillery Committee in the year XI to remedy these defects...

The saber pattern An XI was created with a solid and lighter blade with double fuller...the scabbard was reinforced with a glued wooden barrel....but the AN XI pattern scabbard was too robust and many cuirassiers would rather have the dragoon troopers leather scabbard (year XI pattern for the Dragons)...

... the strength of the scabbard AN XI was accused of being particularly dangerous when a horse fell with the rider....this the third pattern scabbard.

This sword was manufactured in May1810...with the third pattern scabbard...less dangerous for the rider than the second pattern!


Here we have the third scabbard model called the"1816 Model", in fact it seems that this scabbard was in use from 1814 (as evidenced by the relics of AN XI swords found on the battlefields of Waterloo ). It has a drag  symmetrical like a musical "lyre" instrument. 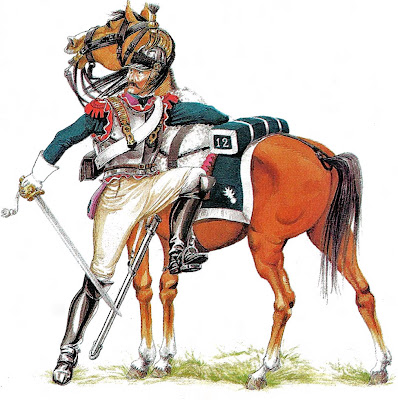 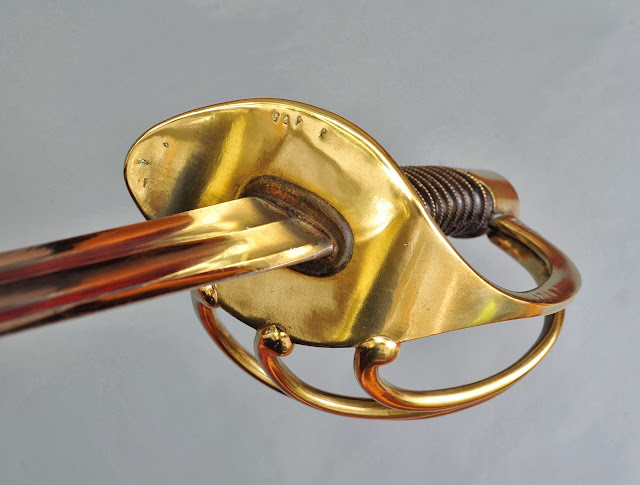 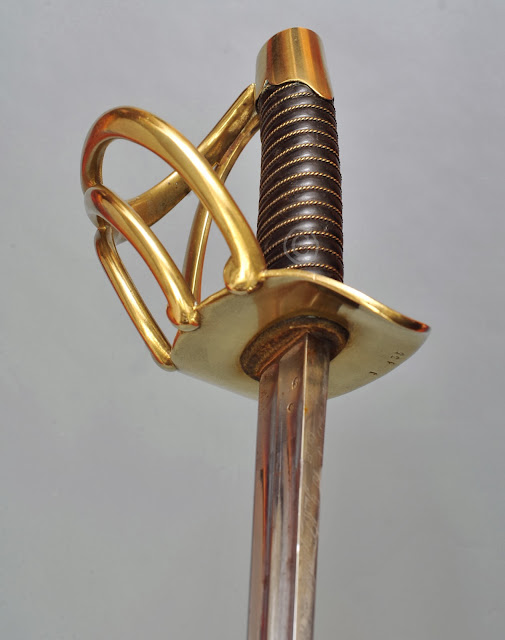 The Cuirassier was the heaviest of the Napoleonic Cavalry , these were big men on big horses with a breast plate or Cuirass hence their name. Many nations employed this form of heavy cavalry with armour such as the Austrians , Prussians and Russians, but the British never adopted armoured heavy cavalry during the war.

The Austrian Cuirassiers had only a front plate which made them lighter but very vulnerable if engaged from the rear.

In French service other elite heavy cavalry gained a cuirass, these were the Carabiniers who became armoured after the Austrian campaign of 1809 on the orders of Napoleon who wanted to reduce causalities among these elite shock troops.

Have a look at the French website for penetration test on the Cuirassier's cuirasse. 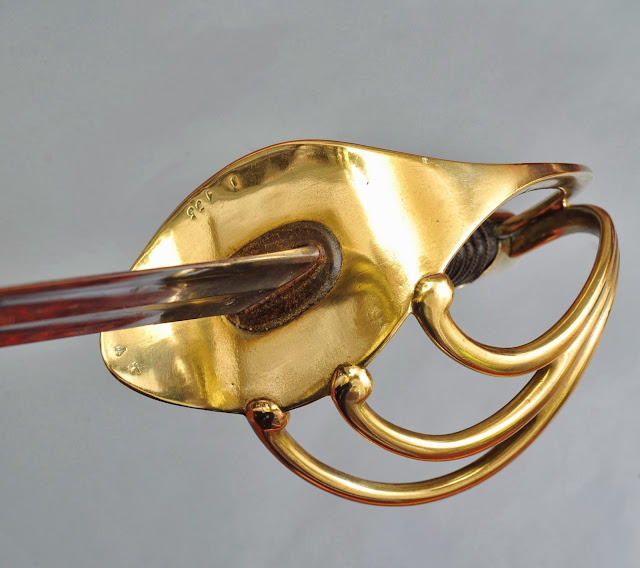 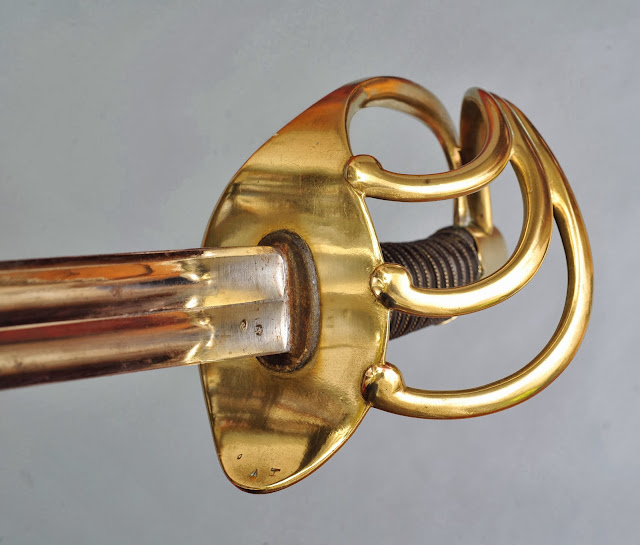 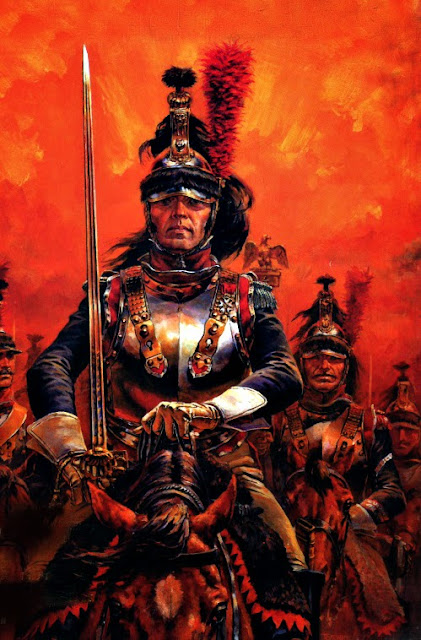 Cuirassiers from most countries were armed with a heavy straight bladed sword designed for cutting and being held straight armed during a charge, like a spear, this was their primary weapon and they normally resisted attempts to arm them with carbines or any other type of fire arm apart from pistols (which French Cuirassiers carried until 1812).


Like many of the Napoleonic cavalry these heavy armoured troops saw themselves as knights of the battlefield and looked down on firearms as weapons of the infantry preferring to use their swords in combat.

They were considered as elite troops and some British officers thought that the cuirassiers were "Bonaparte's Bodyguard."...

... But for the Russians, Austrians and Prussians Napoleon's heavy cavalry was a familiar opponent! 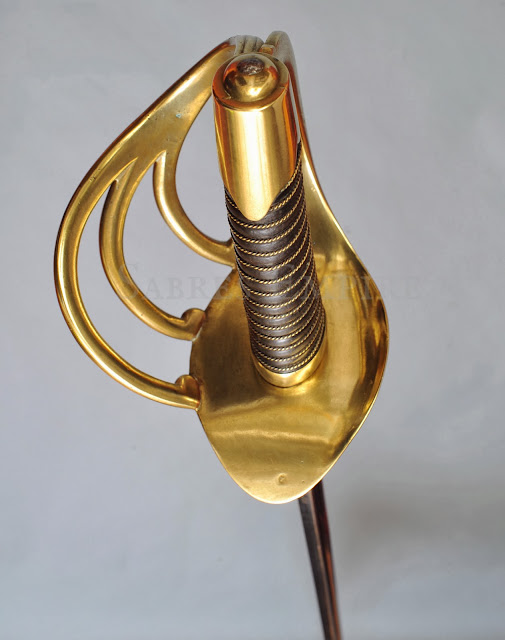 One battle was enough for the British to learn a very healthy respect for the iron-clad warriors and after Waterloo the British gave armor to their horse guard...which they are still wearing during ceremonial duties today!

Cuirassiers were trained to charge deployed in two rows.

The leading row hitting before the following, this type of charge was good against infantry, because the leading squadron absorbed fire, while others were able to break the infantry before they had time to reload. 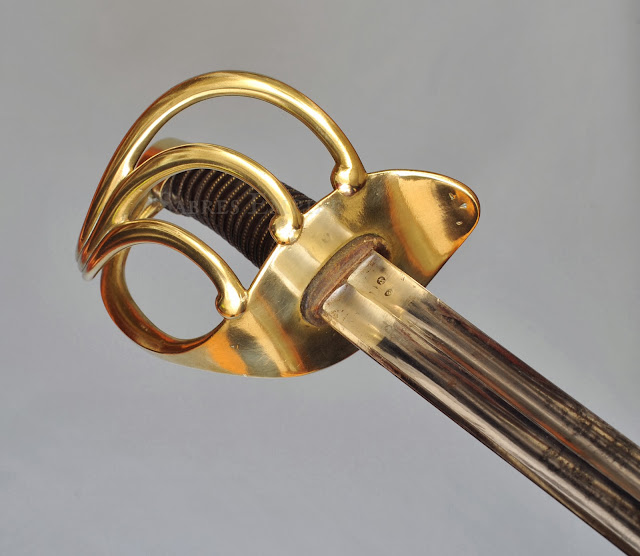 A Heavy cavalry attack had a hypnotic effect on the opponent...with the cuirasse, helmet, horse size and the magnificent sword.. a Waterloo British soldier described..

"We waited an infantry charge, our lines were ready, little affected by artillery fire. Suddenly I saw the sergeant who was inspecting the alignment stopping. I did not understand why - until I got a tingling down the leg. Then the ground seemed to convulse.
I was seized with anxiety. On our left front, the cannon began to thunder. My neighbor, veteran Millan, opened his mouth as if to protest but suddenly lost his voice, he let fall his clay pipe, he did not pick it, as if petrified.

I saw on his face like a band of light. Then, the entire first row we were part, seemed to illuminate chips. Straight ahead, a compact mass of cavalry came out. Breastplates, helmets, swords flashing in the sun , splashing our red clothes with metallic sheen. Then turning my head and at the same time that I saw, I heard someone I presume officer order the square position. The order was more than screamed, almost barked. Almost turning to the petition, he woke men petrified by the spectacle. Although the noise was deafening, however, we heard the "Vive l'Empereur". A condition of not being in our place, the show was great. " 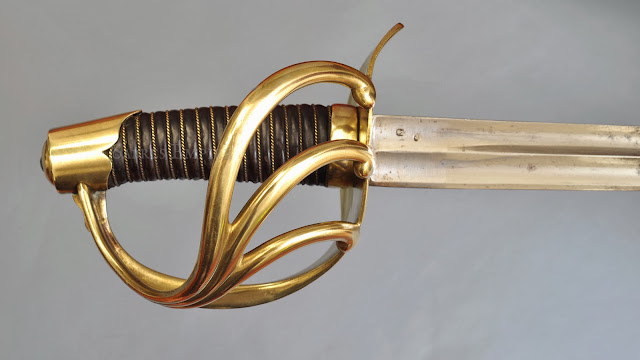