This sword has the soul of the french peasant signing with the recruiting sergeant and sailing for Québec Canada or Pondichéry India .

This is the sword used at Fort Carillon (Ticonderoga, NY) or at the Abraham's Plains in Quebec City, with the marquis de Montcalm in 1759. 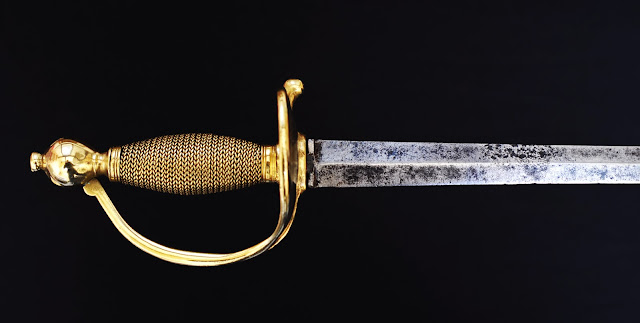 Les Compagnies franches de la Marine were french colonial troops created beginning of the XVII century, distinct from the marines serving on ships and in sea ports. They were organized as independent companies meaning of " Compagnies franches" in french and were supervised by the Ministry of the Marine.  The first of these companies were sent to the West Indies in 1674. 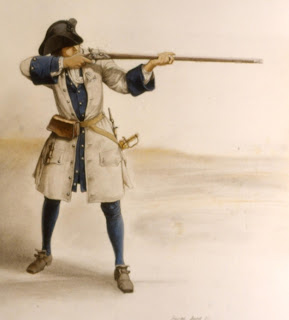 These swords were of poor quality. A fusillier was using mostly his musket with a bayonet. There were small and frankly, quite useless...also most of them were sold or exchange for a tomahawk or axe, better weapons in the woods and against indians.

Interestingly...when the soldier did finish his military contract he was able to keep the sword...that was not nobility...but walking with a sword as a civilian could look like nobility! 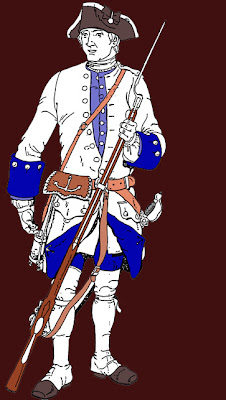 Double edged  72 cm long and  2.5 cm at the ricasso. Simple hilt, with only an outboard “half heart” counterguard and a single knuckle-bow
The grip has a fancy brass filigrane. The pommel has a pear shape for the counter-weight.
The scabbard is long gone, usually it was a leather scabbard with two brass mounts, attached to a white buff leather belt along the bayonet 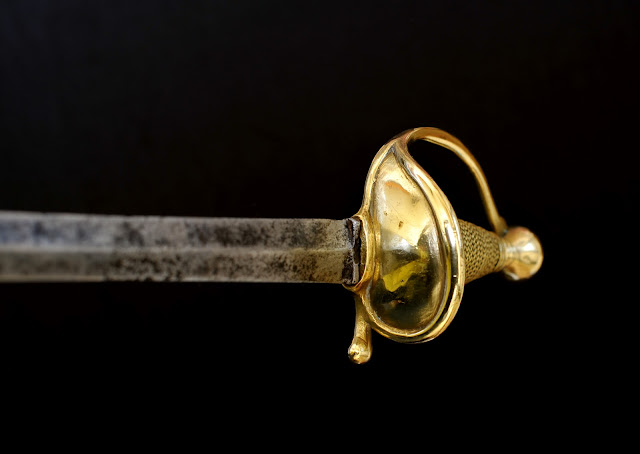 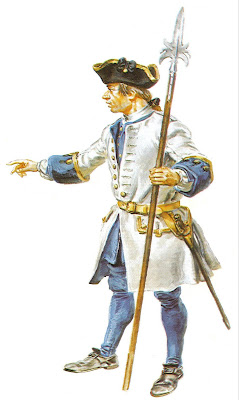 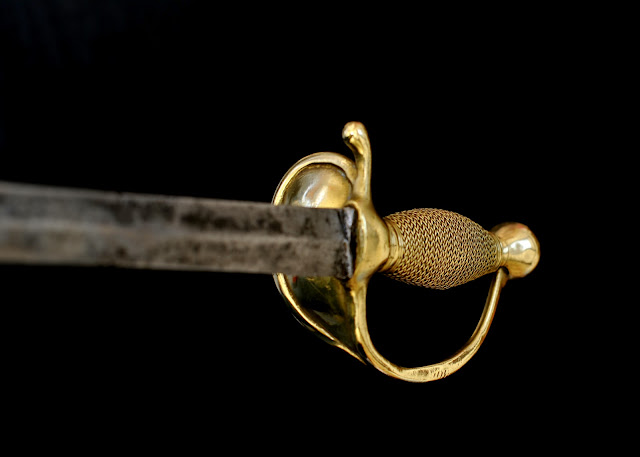 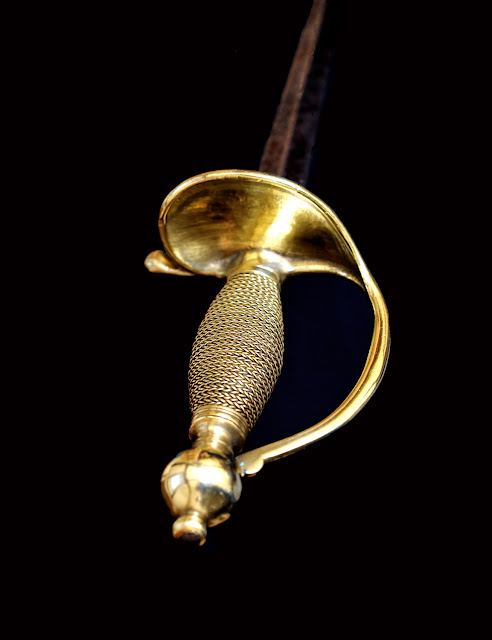 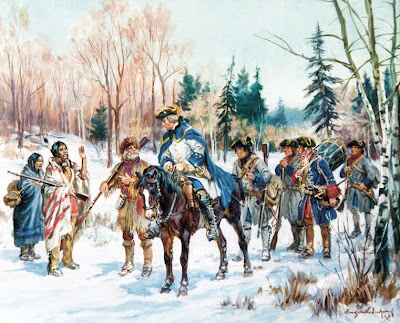 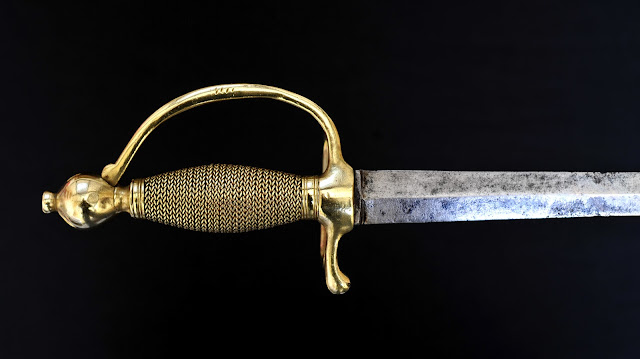 In 1683, three companies were sent to Canada and  landed in Quebec. They became regular colonial troops for the lovely New France.
All along the XVIII century they serverd during the French and Indian War and the Seven Years War in North America.
During the first years, the officers and men of the Compagnies franches were all from France, soon officers were recruited in Canada0.
While a similar policy was applied in the other colonies, it was most successful in Canada, enlisted men were all coming from France, in order not to underpin the effort of colonisation.
They participated in several expeditions against the Iroquois and other Indian Nations and against the New England Colonies.
Between 1745 and 1750, Scots and Irish fled to France and used the Marines as a way to continue the fight in North America. They became regular trooper and forgot about their kilt to wear the white and blue uniform. 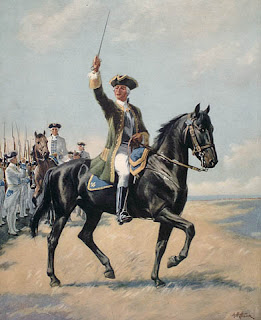 The Canadian Compagnies franches de la Marine of the 18th century gradually became masters of Indian style warfare influenced by the increasing Canadian officer corps. and years of conflict with the Indians.  The Compagnies franches, learned to fight in the manner of the Indian, as bush fighters, this method of fighting  was unknown in Europe, but essential to survival in New France.  Because of their fighting skills, Compagnies franches were greatly respected by both Indians and the British. A lot of Compagnies Franches were trading their sword for a hatchet or indian club.
The Compagnies were eliminated with the fall of New France after the Treaty of Paris in 1763, ending the Seven Years war, when France lost the Canada to the British. 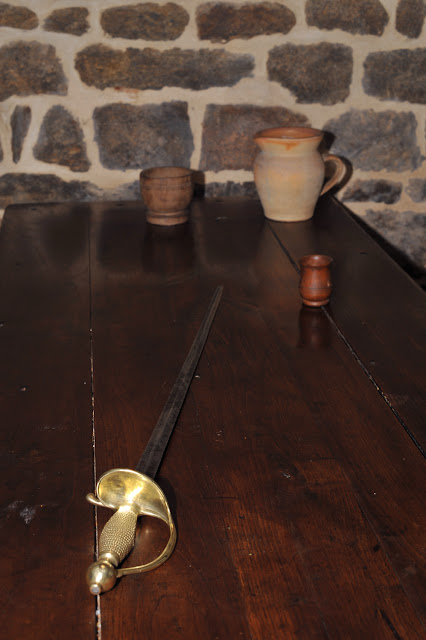 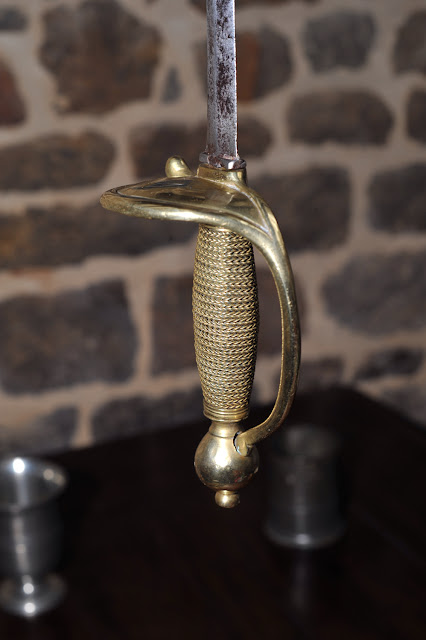 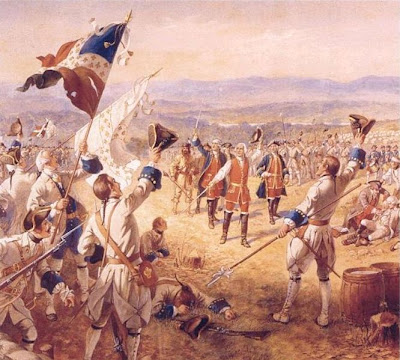 Montcalm at the fort of Carillon 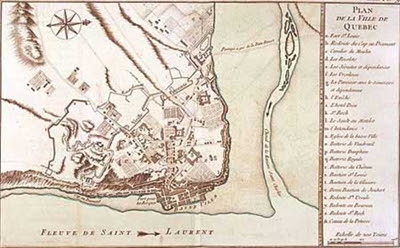