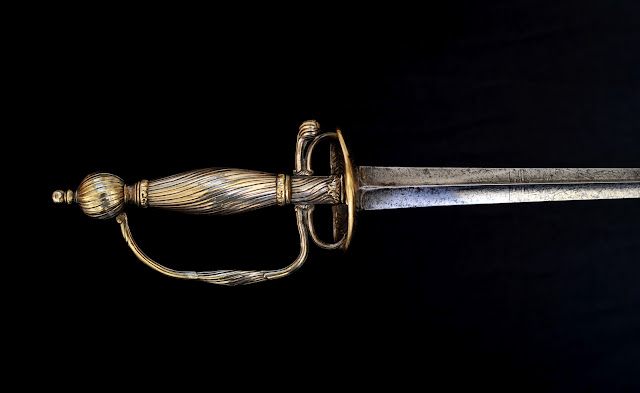 Triple-edged blade with a triangular cross section, 82 cm long and 2.5 cm at the ricasso. Engraved on both faces « Scipio »  with an antique warrior . 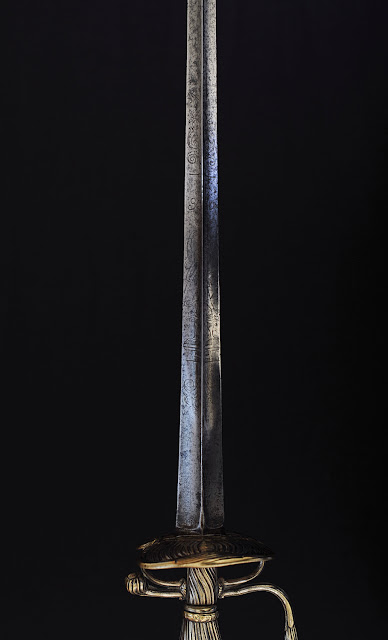 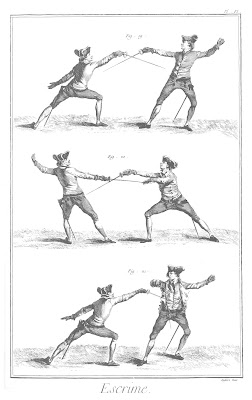 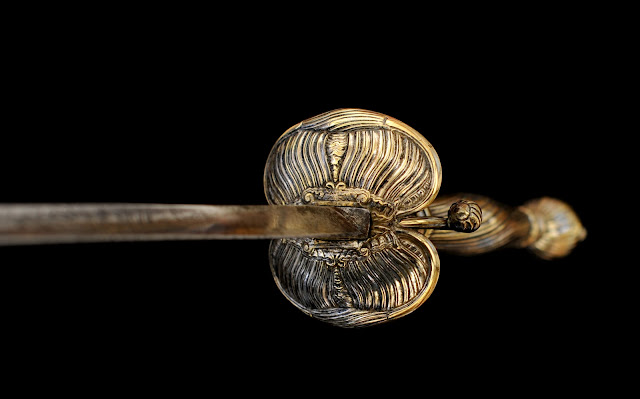 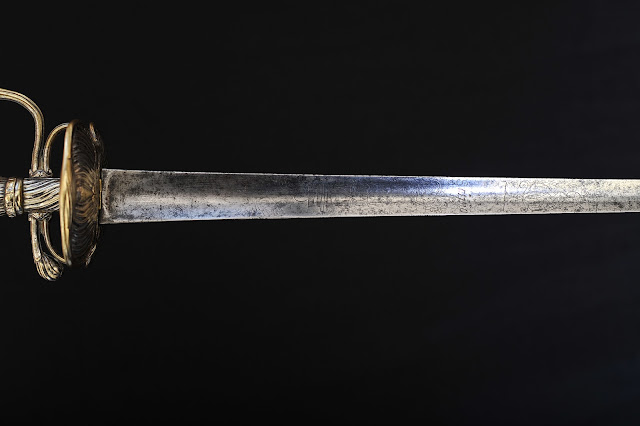 This sword looks like the George Washington's sword, given by the General Edward Braddock at the battle of  Fort Général Duquesne in1755 ; museum of Mount Vernon.
By far, the french small sword was the most common weapon of the 18th century aristocracy. The weapon came into vogue in Europe around the fourth quarter of the 17th Century. The smallsword is instantly recognizable for its hilt, typically featuring an 8-shaped plate, a single short quillon, two small arms (that get progressively smaller in the course of the 18th Century and called "à pas-d'âne") and a knucklebow. 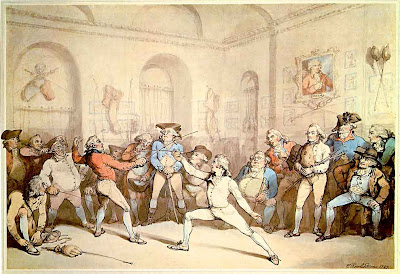 The hilt,compared to the rapier’s, was simple and smartly functional, consisting of no more than an elliptical plate, or two shells and a light knuckle guard. This was the sword for duels. 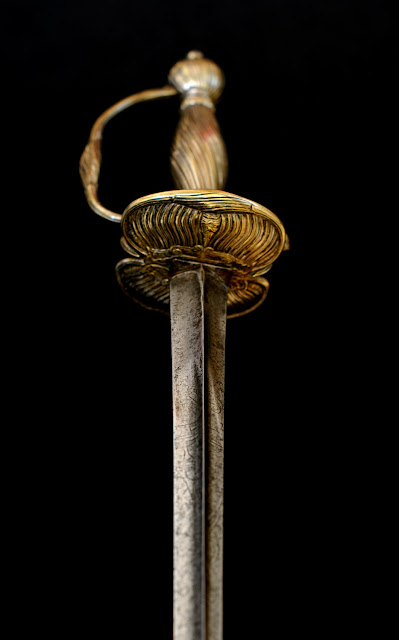 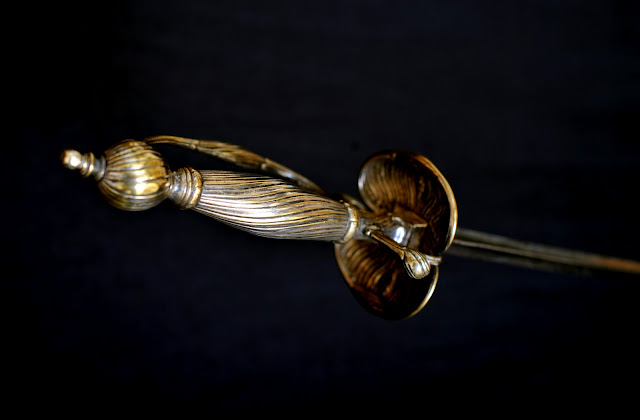 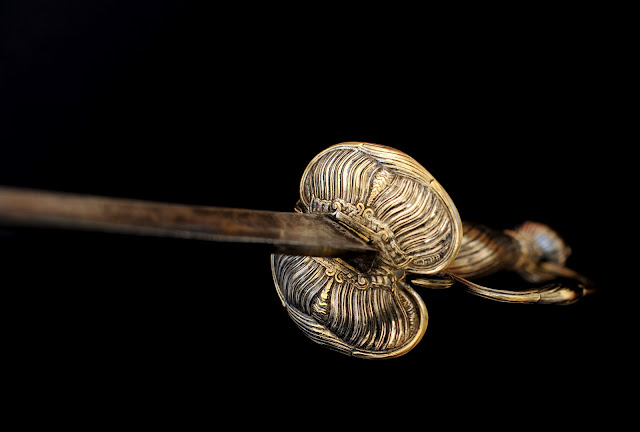 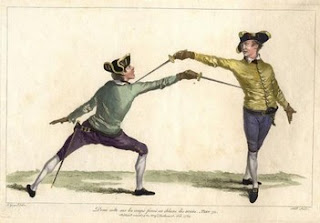 Civilians carried it for as long as swords remained an integral part of fashionable dress. Its primary advantage was its stiff, lightweight blade which was forged in a triangular cross section.
It was a highly lethal weapon, ideal for thrusting, and hung conveniently from a sash, baldric, or belt.

Marked 'Scipio " on blade's both side. 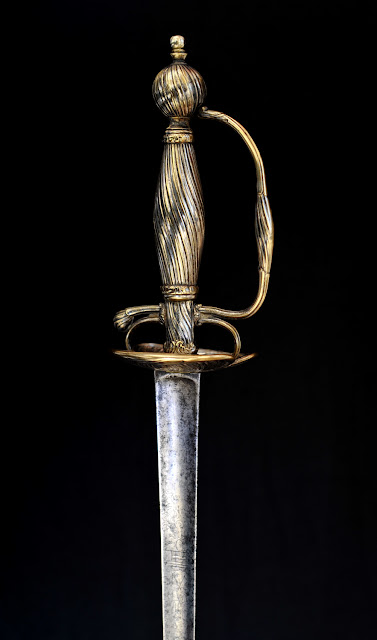 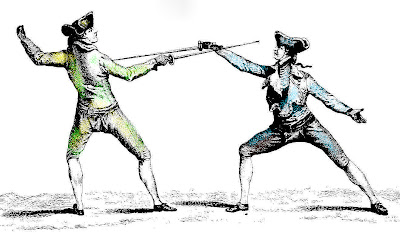 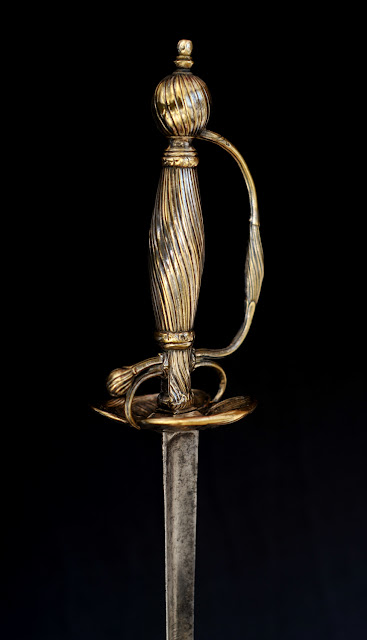 Because only men of status would have been involved in dueling, this meant that the sword needed to reflect that status. The smallsword was the common dueling weapon, and it became not merely a side arm, but a part of a man's daily wardrobe. It grew to be a reflection of the man's place in society, and therefore these civilian weapons were often decorated, sometimes quite ostentatiously, to show the wearer's wealth and place in the upper crust. Many men trained to use these weapons lethally, going to academy,and many men died by these blades on the field of honor. 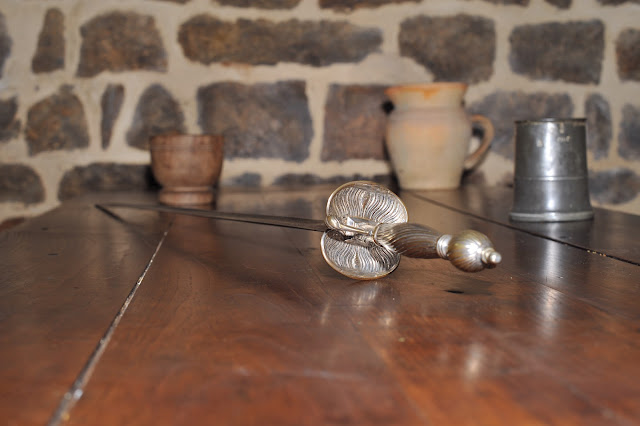 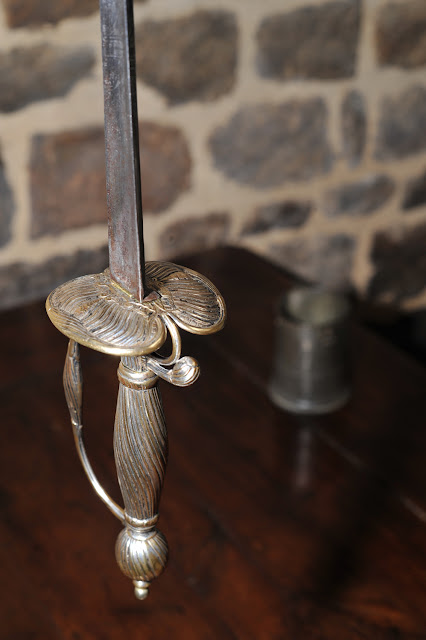 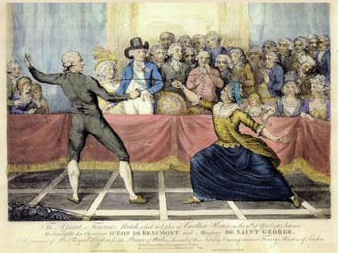