The 1798 Pattern was the first attempt by the British to standardize sword patterns for the Scottish regiments and was very loose in some respects, with blades coming from Solingen (Prussia / Germany), England and Scotland, also with officers mounting the blades from their existing pre-pattern.
All highlander officers were wearing this sword at Waterloo.

The single narrow fuller blade is 84.5 cm long.
It has some very distinct temper lines commensurate with being an english quality traditionally made blade. 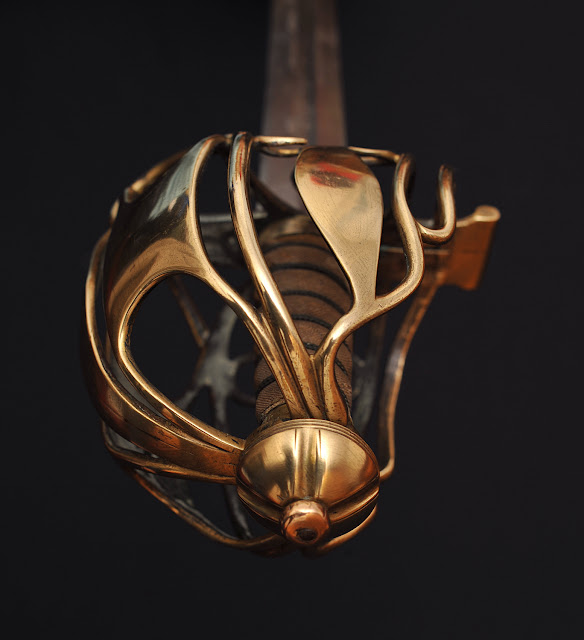 It has a spear-pointed blade.

It is marked" Woolley & Co" on one side and "Warranted" on the other one. 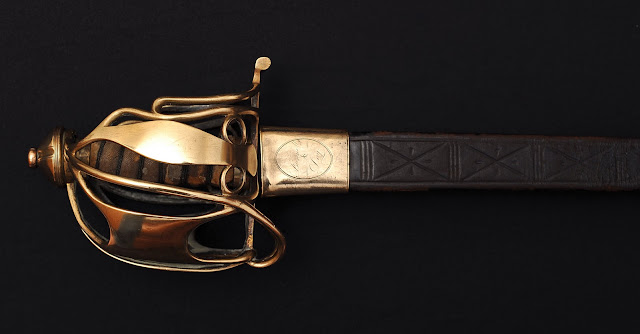 A few highlanders regiments, the 42 nd, 71nd, 73 nd , 92 nd and 79 nd went to battle at Waterloo and formed the square against the french cavalry and the mighty cuirassier .

According to legend, the men of the 92nd hung on to the stirrups of the Scots Greys during the charge when the Eagle of the French 45th Ligne was captured.

Although both regiments record it as part of their history, independent eyewitness accounts do not confirm the truth of the "stirrup charge”. 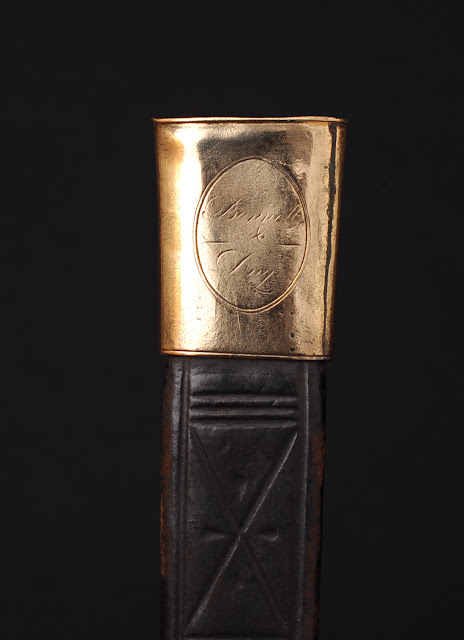 On the brass chape..."Bunnell and Day", swords supplier in Bedford street near the Strand and Horse Guards in London circa 1800.

"At Camberwell, Surrey, of a decline, aged 39, Mr. Stephen Day, partner with Mr. Bunnell, of Bedford street, Covent-garden. He was distinguished by extra-ordinary talents for business, by a clear and discriminative understanding, unremitting industry, unyielding perseverance, and active enquiry...he was gentle, friendly and benevolent ; an exemple in all the relations of life..." 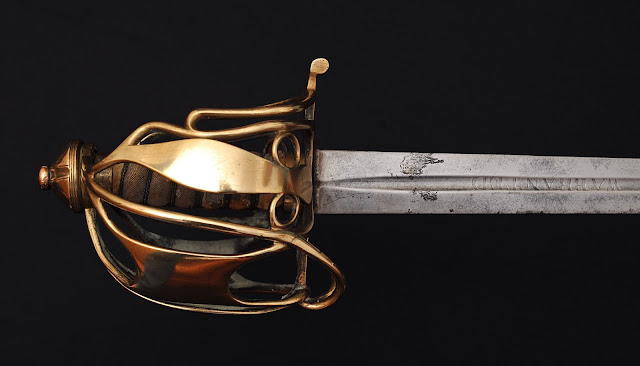 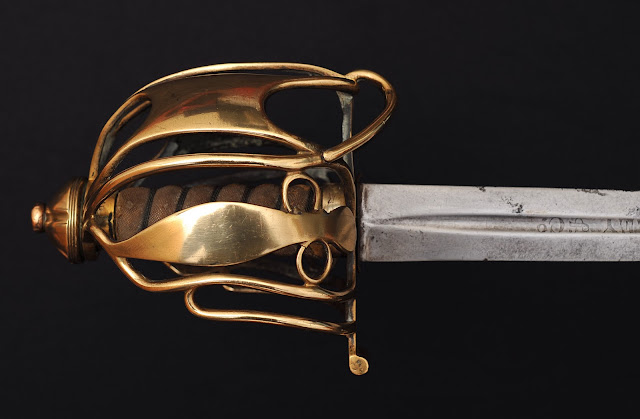 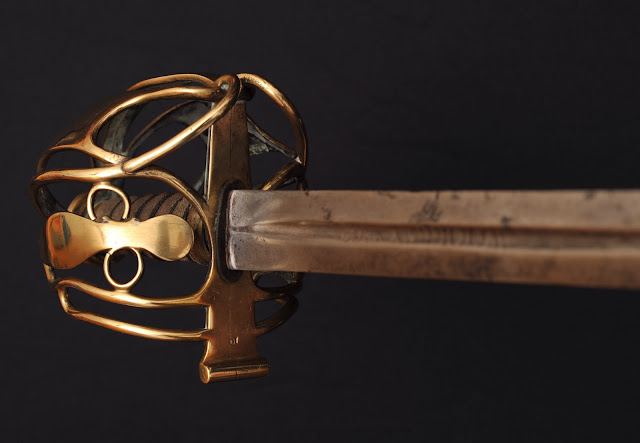 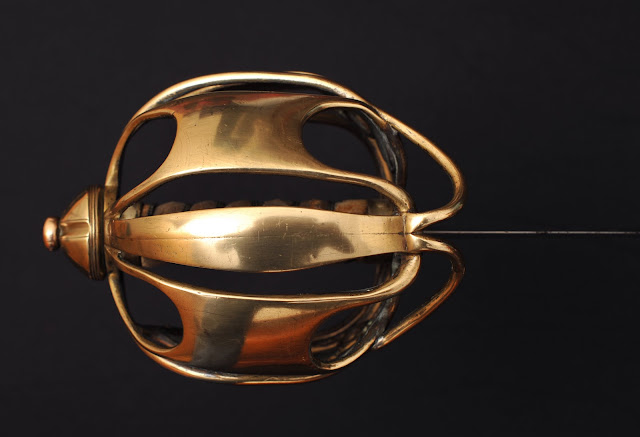 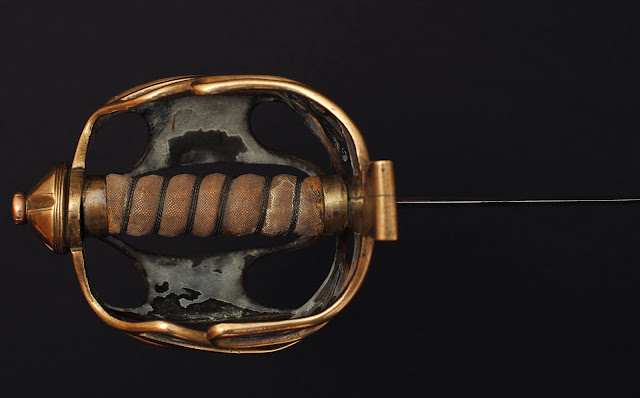 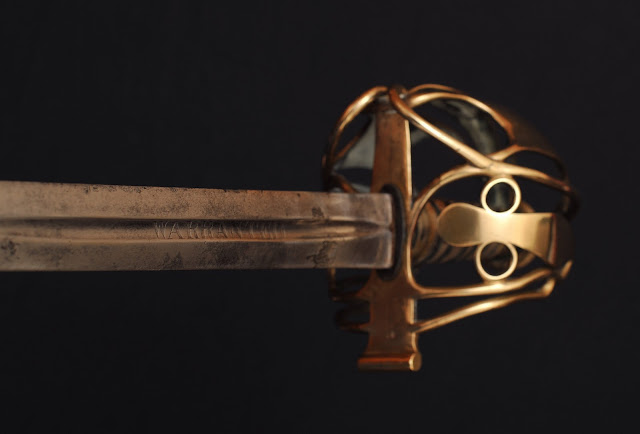 By the end of the day at Waterloo the situation was desperate as entire files were blown away by the French artillery.

The 79th, like many other British battalions, were near the breaking point. The pipes and drummers of the battalion were kept in the centre of the square together with the colours and the regimental staff. 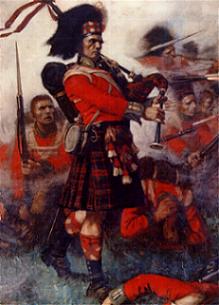 During one of the lulls of the battle, Piper MacKay of the Grenadier company boldly marched in a deliberate fashion around the outside of the 79ths square playing the famous Piobaireachd "Cogadh no Sith" (Peace or War).

MacKay's sangfroid under fire no doubt inspired his comrades, and the entire battalion. His devotion to the war like music of the pipes, played in these most appropriate circumstances, caught the public's imagination.
King George III was so inspired by the event that he personally presented MacKay with a specially made set of silver mounted pipes that remain a treasured item in the regimental museum of the Queens Own Highlanders. 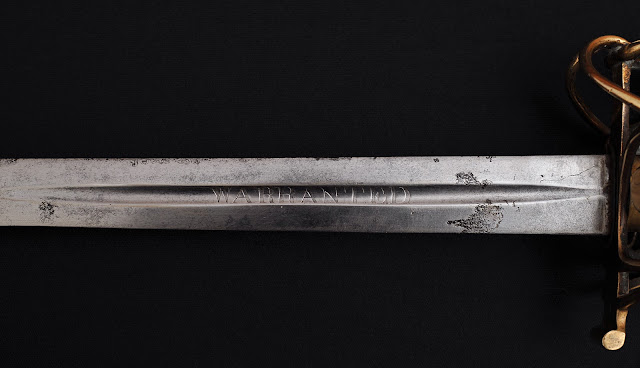 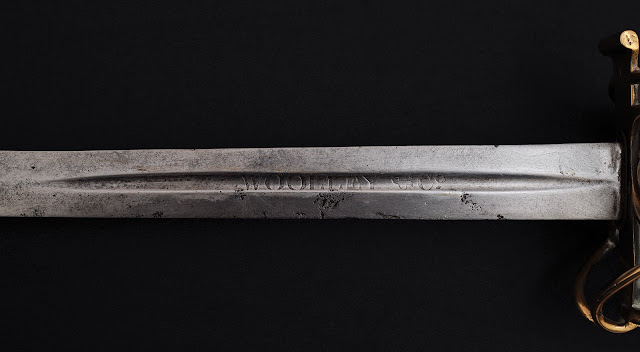 Marked "Woolley and Co" for James Woolley from Camberwell.
James Woolley set up his shop, 74 Edmund Street Camberwell in1798, a few miles south of London Bridge.